Do you know the implications of New TGD(B)- Dwelling Houses?
New Appointments for AFEC 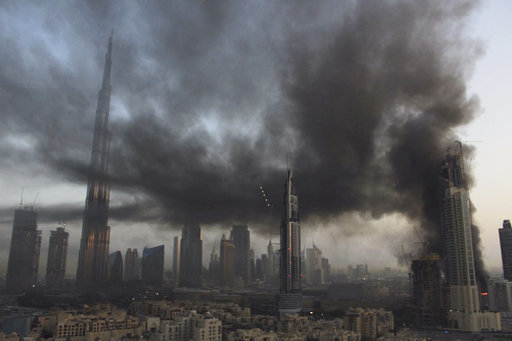 Contact our architectural & fire team today for a free consultation

A LARGE FIRE has broken out this morning at a high-rise complex under construction near Dubai’s largest shopping mall, sending thick smoke billowing over the city.

The site is next to the Dubai Mall and near the world’s tallest building, the Burj Khalifa, as well as the 63-storey The Address Downtown Dubai tower, a hotel that was heavily damaged in a fire on New Year’s Eve on 2015.

Firefighters are battling the blaze, with other emergency services at the scene. The fire appears to be confined to the lower floors of the structure.

Dubai’s government media office tweeted: “Cooling operations are underway and ambulance units are on site.” It said no injuries have been reported. 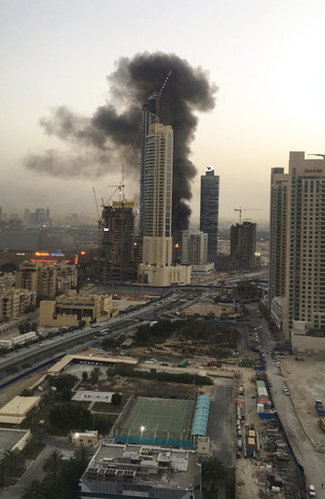 “It was plumes and plumes of black smoke. It looks like it was quite low down,” witness Anthea Ayache said.

She said firefighters responded quickly, adding that many construction workers were nearby watching the fire from a safe distance.

Niall McLoughlin, a spokesman for Dubai developer DAMAC, said the fire happened next to the DAMAC Maison luxury hotel.

Dramatic fires have hit skyscrapers in Dubai and other fast-growing cities in the United Arab Emirates in recent years. Building and safety experts have warned that a popular type of cladding covering the buildings can be highly flammable.

CONTACT OUR ARCHITECTURAL & FIRE TEAM TODAY FOR A FREE CONSULTATION

breaking fire newsfirefire certfire cert dublinfire cert in irelandnews
13
Apr 2017
By AFECFire NewsComments Off on Breaking fire news: “Large fire breaks out near world’s tallest building in Dubai”
By continuing to browse the site you are agreeing to our privacy policy.